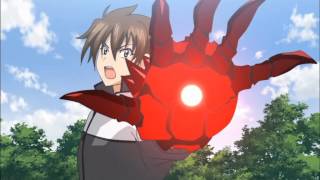 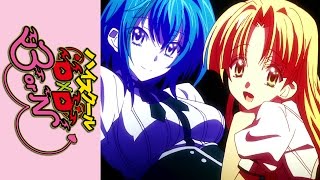 A war between heaven and hell is raging on Earth – and a hot mess of hormonal fury is raging in Issei’s pants. The guy is dying to get some action. Which is funny, since his first date ever turns into a winged monster and tries to kill him. Fortunately, ridiculously curvy redhead Rias comes to his rescue. She’s president of The Occult Research Club, a club that doesn’t actually research the occult. They are the occult – and Rias is a Devil. She takes Issei as a more-than-willing slave and begins training him to use magic in battle against the Fallen Angels, the longtime enemies of Devils everywhere. If Issei can improve his mystical skills, he’ll be able to help his hotter-than-hell master and her scorching supernatural schoolgirl friends defeat their foes. Even better, he might end up with a few sexy slaves of his own.

Currently you are able to watch "High School DxD - Season 1" streaming on Netflix.

7.6 (6k)
Genres
Action & Adventure, Comedy, Science-Fiction, Fantasy, Romance, Animation
Runtime
25min
Season 1
Season 1
Under the new EU law on data protection, we inform you that we save your history of pages you visited on JustWatch. With that data, we may show you trailers on external social media and video platforms.