Animation , Kids & Family , Made in Europe 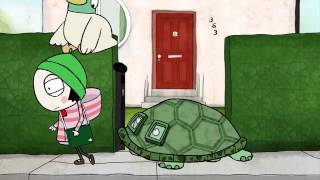 Animation , Kids & Family , Made in Europe

Sarah & Duck is a British animated children's television series created by Sarah Gomes Harris and Tim O'Sullivan, and produced by Karrot Entertainment for the BBC. Designed as a story-driven animation primarily targeted at 4-6 year old children, it was first broadcast on the UK CBeebies channel on 18 February 2013. A total of 40 episodes have been commissioned for the first series. 30 of these will have been shown in the UK by the end of August 2013, with a further 10 in production.

Currently you are able to watch "Sarah & Duck" streaming on Netflix, Netflix Kids.