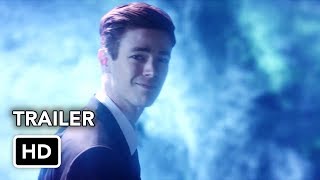 The mission of Barry Allen, aka The Flash, is once more to protect Central City from metahuman threats. But with Barry trapped in the Speed Force, this mission falls to his family – Detective Joe West; fiancée Iris West; and Wally West/Kid Flash – and the team at S.T.A.R. Labs: Caitlin Snow/Killer Frost, Cisco Ramon/Vibe and brilliant scientist Harrison Wells. When a powerful villain threatens to level the city unless The Flash appears, Cisco risks everything to free Barry. But this is only the first move in a deadly game with Clifford DeVoe, aka The Thinker, a mastermind who’s always ten steps ahead of Barry, no matter how fast Barry runs.

Currently you are able to watch "The Flash - Season 4" streaming on Netflix, HBO Go.