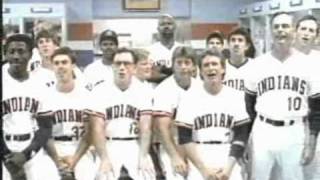 When Rachel Phelps inherits the Cleveland Indians from her deceased husband, she's determined to move the team to a warmer climate—but only a losing season will make that possible, which should be easy given the misfits she's hired. Rachel is sure her dream will come true, but she underestimates their will to succeed.

7.2 (63k)
Genres
Comedy, Sport
Runtime
1h 47min
Age rating
14A
Director
David S. Ward
Under the new EU law on data protection, we inform you that we save your history of pages you visited on JustWatch. With that data, we may show you trailers on external social media and video platforms.