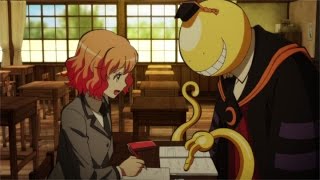 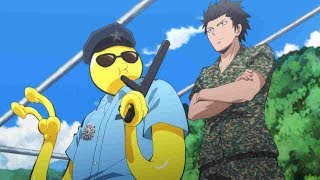 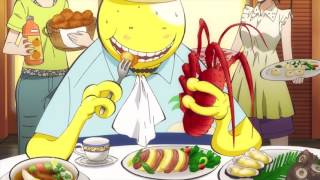 second season: Class 3E and while some things have changed, the class assignment is still the same: kill their teacher before the end of the year. Easier said than done since Koro Sensei's made it clear he won't go down without a fight. An anime will aired between January 7, 2016 and June 30, 2016 and was once again simulcast by Funimation, who began releasing the broadcast dub version from February 10, 2016. For the first fourteen episodes, the opening theme is "Question" by 3-E Utatan while the ending theme is "Kaketa Tsuki" (欠けた月, "Waning Moon") by Shion Miyawaki. From episodes 15-25, the opening theme is "Bye Bye Yesterday" (バイバイ YESTERDAY Bai Bai Yesterday) by 3-E Utatan while the ending theme is "Mata Kimi ni Aeru no Hi" (また君に会える日, "Until the Day I See You Again") by Miyawaki.