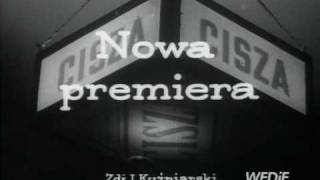 It's May 1945, and Nazi Germany has just surrendered. The war is over, but not in Poland. As the German soldiers vacate, the remaining Russian forces and Polish resistance fighters must work out the hierarchies of power in "liberated" Communist Poland. A Polish assassin is given orders to kill a Russian soldier whom he, days before, was fighting alongside, and this moral conflict makes him question the goals for which he has been fighting.