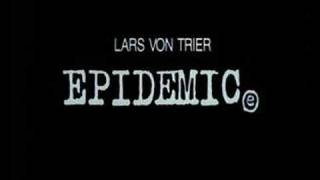 The second of Trier's films known collectively as the Europa trilogy. The other two films in the trilogy are The Element of Crime (1984) and Europa (1991). Co-written by Niels Vørsel, the film focuses on the screenwriting process. Vørsel and von Trier play themselves, coming up with a last-minute script for a producer. This story is intercut with scenes from the film they write, in which von Trier plays a renegade doctor trying to cure a modern-day epidemic.