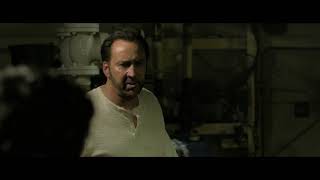 A big-game hunter for zoos books passage on a Greek shipping freighter with a fresh haul of exotic and deadly animals from the Amazon, including a rare white Jaguar – along with a political assassin being extradited to the U.S in secret. Two days into the journey, the assassin escapes and releases the captive animals, throwing the ship into chaos.