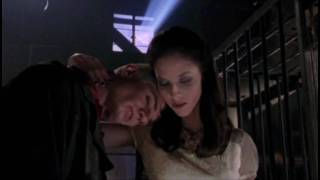 New vampires Spike and Drusilla come to town along with the new slayer, Kendra Young, who was activated as a result of Buffy's brief death in the season one finale. Xander becomes involved with Cordelia, while Willow becomes involved with witchcraft and Daniel "Oz" Osbourne becomes a werewolf after being bitten by a young cousin who just happens to be a werewolf. Buffy and the vampire Angel develop a relationship over the course of the season, but Angel's dark past as the evil and sadistic Angelus threatens to destroy Buffy and the world.

Currently you are able to watch "Buffy the Vampire Slayer - Season 2" streaming on Disney Plus.