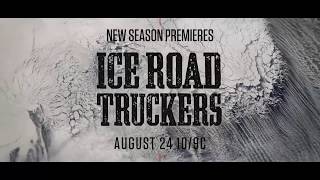 This season, the toughest job in the world just got tougher. A polar vortex has descended onto the Canadian backcountry, creating the most severe winter in over a century. Freezing winds, towering snow and blinding whiteouts push the drivers to their emotional and physical breaking points. Despite the brutal conditions, Polar Industries and VP Express aren’t backing down from the war that started last year. VP boss Hugh Rowland has stolen ice road legend Alex Debogorski away from Polar. Although they’ve been rivals in the past, having the two titans together on the same team might just provide the edge VP needs to run Polar out of town.

We try to add new providers constantly but we couldn't find an offer for "Ice Road Truckers - Season 8" online. Please come back again soon to check if there's something new.