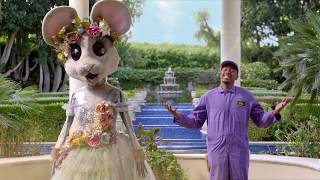 This season, the 18 fully disguised celebrity singers will be split into three groups of six: Group A, Group B and Group C. Group A will kick off the first three episodes as they are whittled down to three singers, taking off masks as they go. Then Group B will take the stage as they go from six to three, then Group C. The final nine masked contestants from all three groups will then come together as they continue to battle for the Golden Mask Trophy. Season Three will introduce all-new custom-made costumes for the celebrity singers to wear, including The Robot, The Frog, The Banana, The Mouse, Miss Monster and The Llama, among others.

Currently you are able to watch "The Masked Singer - Season 3" streaming on Videoland, NLZIET, KPN.