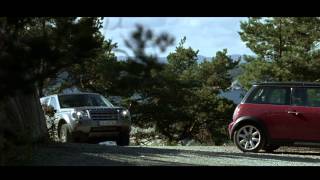 Jakob Aasen has hired his old friend, private investigator Varg Veum, to spy on his wife Rebecca, whom he suspects of infidelity. Against his better judgement Varg accepts the job, and in an ironic twist he and Rebecca rekindle their former love. Meanwhile a serial killer is targeting members of Jacob's band and their families...