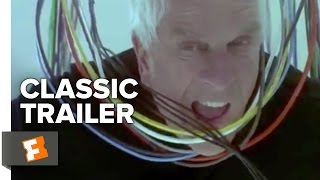 Ryan Harrison, a violin god, superstar and sex symbol does not want to cheat on sexy Lauren Goodhue's husband with her. Mr. Goodhue is found murdered and Ryan suddenly finds himself being the main suspect. After being sentenced to death he manages to flee while being transferred to his execution site. Now, all the world is after him as he stumbles from one unfortunate incident to the next in order to prove himself innocent - by finding a mysterious one-eyed, one-armed, one-legged man...

Currently you are able to watch "Wrongfully Accused" streaming on Netflix.