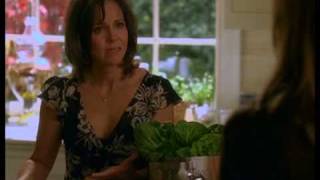 The third season of Brothers & Sisters consisted of a full 24 episodes. The season premiered on ABC on 20 September 2009 and concluded 5 May 2010. In the UK the show changed to once again to another Channel 4 related station; More4 beginning in January 2008 in a regular slot of 22:00 on Thursdays after ER.

Currently you are able to watch "Brothers and Sisters - Season 3" streaming on Disney Plus.