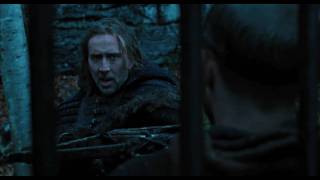 A 14th century Crusader returns with his comrade to a homeland devastated by the Black Plague. The Church commands the two knights to transport a witch to a remote abbey, where monks will perform a ritual in hopes of ending the pestilence.

Season of the Witch - watch online: stream, buy or rent

People who liked Season of the Witch also liked