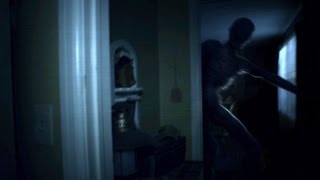 In 2010 “Skinwalker Ranch” gained media attention after experiencing a wide range of unexplained phenomena. Reports ranged from UFO sightings to livestock mutilation, but maybe most notable was the disappearance of ranch owner Hoyt Miller’s eight-year-old son Cody on November 11, 2010. Close to a year later, Modern Defense Enterprises has sent a team of experts to document and investigate the mysterious occurrences, which only escalate upon their arrival. Tensions rise as the team must decide how far they will go to unlock the mysteries of “Skinwalker Ranch.” The group debates whether the answers are worth risking their lives for, or if they should just call off the investigation and leave the ranch—that is, if leaving is actually an option…

5.1 (4k)
Genres
Horror, Science-Fiction, Mystery & Thriller
Runtime
1h 26min
Age rating
M
Director
Devin McGinn
Under the new EU law on data protection, we inform you that we save your history of pages you visited on JustWatch. With that data, we may show you trailers on external social media and video platforms.