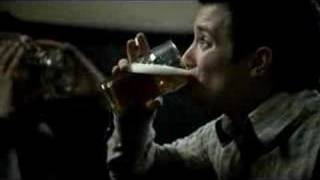 After being wrongfully expelled from Harvard University, American Matt Buckner flees to his sister's home in England. Once there, he is befriended by her charming and dangerous brother-in-law, Pete Dunham, and introduced to the underworld of British football hooliganism. Matt learns to stand his ground through a friendship that develops against the backdrop of this secret and often violent world. 'Green Street Hooligans' is a story of loyalty, trust and the sometimes brutal consequences of living close to the edge.

We try to add new providers constantly but we couldn't find an offer for "Green Street Hooligans" online. Please come back again soon to check if there's something new.

7.4 (143k)
Genres
Drama, Crime, Sport, War & Military
Runtime
1h 49min
Director
Lexi Alexander
Under the new EU law on data protection, we inform you that we save your history of pages you visited on JustWatch. With that data, we may show you trailers on external social media and video platforms.