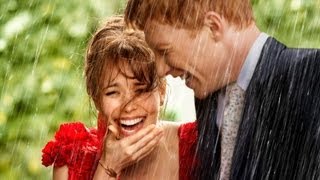 The night after another unsatisfactory New Year's party, Tim's father tells his son that the men in his family have always had the ability to travel through time. They can't change history, but they can change what happens and has happened in their own lives. Thus begins the start of a lesson in learning to appreciate life itself as it is, as it comes, and most importantly, the people living alongside us.