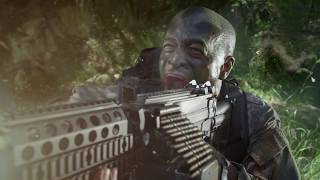 A black ops reconnaissance team is sent to investigate the crash of an unidentified aircraft. When they arrive, they find strange markings and residue visible only in infrared. As the team gets deeper in and tries to figure out the source of the markings, they discover that they are being hunted by an alien expedition to Earth.

1.7
Genres
Science-Fiction, Horror, Mystery & Thriller, Action & Adventure
Runtime
1h 27min
Age rating
15
Director
Jared Cohn
Under the new EU law on data protection, we inform you that we save your history of pages you visited on JustWatch. With that data, we may show you trailers on external social media and video platforms.