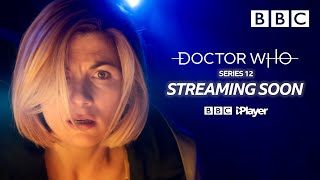 The adventures of a Time Lord—a time-travelling humanoid alien known as the Doctor—who explores the universe in his TARDIS, a sentient time-travelling space ship. Its exterior appears as a blue British police box, which was a common sight in Britain in 1963 when the series first aired. Along with a succession of companions, the Doctor faces a variety of foes while working to save civilisations, help ordinary people, and right wrongs. The show has received recognition as one of Britain's finest television programmes, winning the 2006 British Academy Television Award for Best Drama Series and five consecutive awards at the National Television Awards during Russell T Davies's tenure as Executive Producer. In 2011, Matt Smith became the first Doctor to be nominated for a BAFTA Television Award for Best Actor. In 2013, the Peabody Awards honoured Doctor Who with an Institutional Peabody "for evolving with technology and the times like nothing else in the known television universe." The programme is listed in Guinness World Records as the longest-running science fiction television show in the world and as the "most successful" science fiction series of all time—based on its over-all broadcast ratings, DVD and book sales, and iTunes traffic. During its original run, it was recognised for its imaginative stories, creative low-budget special effects, and pioneering use of electronic music.

We try to add new providers constantly but we couldn't find an offer for "Doctor Who" online. Please come back again soon to check if there's something new.