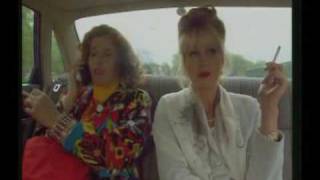 The first series of the British television sitcom Absolutely Fabulous premiered on BBC Two on 12 November 1992 and concluded on 17 December 1992, consisting of six episodes. The sitcom was created and written by Jennifer Saunders, who starred in the title role of Edina Monsoon, Edina is nicknamed 'Eddie' by her best friend, Patsy Stone, a magazine editor who constantly takes advantage of Edina by living the life of luxury in Edina's extravagant home. Edina is a twice-divorced mother of two. Her eldest child, a son, Serge, left home many years before in order to escape his mother's clutches. Her long-suffering daughter, Saffron 'Saffy', whom Edina is reliant upon, is a sixth form student and remains at home. The series also includes Edina's sweet-natured-but-slightly-batty mother, whom Edina sees as an interfering burden, and Edina's dim-witted assistant Bubble.

Currently you are able to watch "Absolutely Fabulous - Season 1" streaming on TVNZ.