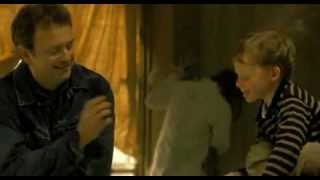 In this true story, Veronica Guerin is an investigative reporter for an Irish newspaper. As the drug trade begins to bleed into the mainstream, Guerin decides to take on and expose those responsible. Beginning at the bottom with addicts, Guerin then gets in touch with John Traynor, a paranoid informant. Not without some prodding, Traynor leads her to John Gilligan, the ruthless head of the operation, who does not take kindly to Guerin's nosing.