Baymax is a clumsy yet lovable robot with a mission to help people with his tools for medical assistance. With his own show, Baymax continues his life-long mission to help humans – while also getting himself into hilariously awkward situations. The titular character is an adaptation of the Marvel hero of the same name. He first appeared in animated form in Disney’s 2014 adventure movie, Big Hero 6. The film showed Baymax’s early days as he meets his brother’s creator, Hiro, and forms a superhero team. 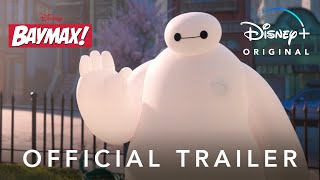 Currently you are able to watch "Baymax!" streaming on Disney Plus, Virgin TV Go.