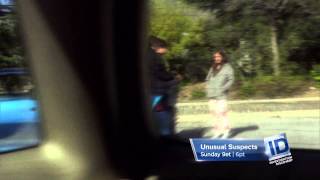 Unusual Suspects is an American documentary television series on Investigation Discovery. The series debuted on June 21, 2010. The series showcases many of the most shocking and difficult cases in law enforcement history, and also sheds light on the investigations that led to the arrest of the culprits.

Currently you are able to watch "Unusual Suspects" streaming on Foxtel Now, BINGE.

7.6
Genres
Drama, Crime, Documentary
Runtime
44min
TV
Under the new EU law on data protection, we inform you that we save your history of pages you visited on JustWatch. With that data, we may show you trailers on external social media and video platforms.