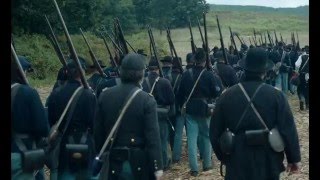 Kentucky, 1861. Francis and Henry Mellon depend on each other to keep their unkempt estate afloat as winter encroaches. After Francis takes a casual fight too far, Henry ventures off in the night, leaving each of them to struggle through the wartime on their own.

5.4
Genres
Western, Drama, War & Military, History, Comedy
Runtime
1h 38min
Director
Zachary Treitz
Under the new EU law on data protection, we inform you that we save your history of pages you visited on JustWatch. With that data, we may show you trailers on external social media and video platforms.