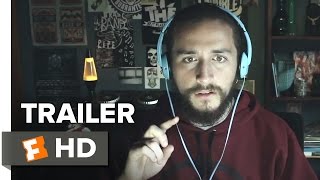 THE RING goes ‘found footage’ Peruvian in a terrific example of the continually igniting South American new horror wave. A group of media students embark on a documentary project covering ‘Reaction Videos’ - filming people watching intense shock footage online to monitor their psychological effect. And they find one example so terrifying the viewers have all died in mysterious circumstances. But what exactly is on this gruesome Internet footage? Their search leads to an obscure corner of cyberspace known as the Dark Web, a Quechua curse dating from the Spanish Inquisition and a demonic power they cannot escape from.

4.4
Genres
Horror
Runtime
1h 20min
Director
Eduardo Schuldt
Under the new EU law on data protection, we inform you that we save your history of pages you visited on JustWatch. With that data, we may show you trailers on external social media and video platforms.