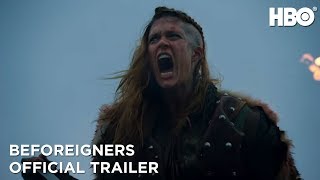 In the near future a new phenomenon starts happening all over the world with powerful flashes of light occurring in the ocean and people from the past mysteriously reappearing. Called “beforeigners,” these people come from three separate time periods: the Stone Age, the Viking era and late 19th century. A couple of years later, Alfhildr – who comes from the Viking Age – has to partner up with a burned-out police officer, Lars Haaland, to investigate the murder of a beforeigner. The pair begins to unravel a larger conspiracy behind the origin of the mysterious mass arrivals.