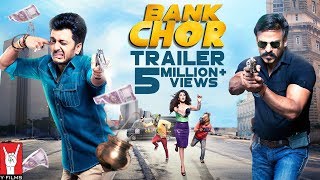 A comic-caper, that tells the story of 3 morons trying to rob a bank who pick the worst day possible when everything that can go wrong, goes wrong and how they're inadvertently caught in the crossfire.