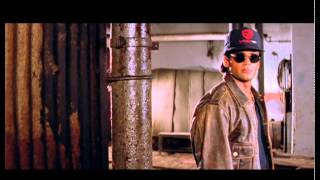 Journalist Roma Singh is the daughter of a jailer. While taking a tour of the jail, she is molested by some of the inmates, and an inmate, Vishal Agnihotri comes to her assistance. She finds out that Vishal is in for four homicides, and decides to investigate further. She finds out, with the help of the owner of her publications, Jindal that Vishal was compelled to take the law in his own hands when the courts failed to punish the assailants of his sister and sweetheart. Soon, Vishal is released from prison, and begins to work for Jindal. It is then that he realizes that he has just walked from a walled prison, to an open prison, as the truth behind his release slowly but surely starts to dawn on him.

Mohra streaming: where to watch online?

Currently you are able to watch "Mohra" streaming on VI movies and tv or for free with ads on Zee5.