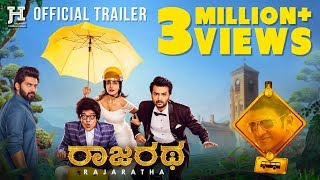 Rajaratha is a 2018 Indian Kannada romantic comedy film written and directed by Anup Bhandari who also composed the film's music. It stars Nirup Bhandari and Avantika Shetty in the lead roles in their second collaboration with the director after the success of RangiTaranga. The film was dubbed in Telugu as Rajaratham (English: Royal Chariot) with Rana Daggubati replacing Puneeth Rajkumar as the narrator. Arya, who made his debut in Kannada cinema for the first time with the film, features in a supporting role alongside P. Ravishankar and Sruthi Hariharan.

Rajaratha streaming: where to watch online?

Currently you are able to watch "Rajaratha" streaming on Zee5, VI movies and tv.