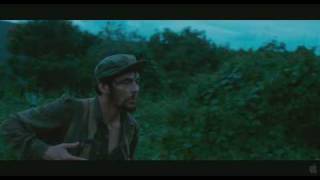 After the Cuban Revolution, Che is at the height of his fame and power. Then he disappears, re-emerging incognito in Bolivia, where he organizes a small group of Cuban comrades and Bolivian recruits to start the great Latin American Revolution. Through this story, we come to understand how Che remains a symbol of idealism and heroism that lives in the hearts of people around the world.

6.9 (32k)
Genres
Drama, History, War & Military
Runtime
2h 11min
Age rating
15
Director
Steven Soderbergh
Under the new EU law on data protection, we inform you that we save your history of pages you visited on JustWatch. With that data, we may show you trailers on external social media and video platforms.