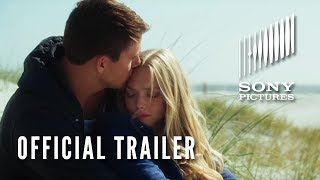 While Sergeant John Tyree is home on two weeks leave from Germany, he meets Savannah after he dives into the ocean to retrieve Savannah's purse that had fallen off a pier. John eventually falls in love with Savannah, who promises to write to him until he returns from overseas.

6.3 (141k)
Genres
Romance, Mystery & Thriller, War & Military, Drama
Runtime
1h 55min
Age rating
12A
Director
Lasse Hallström
Under the new EU law on data protection, we inform you that we save your history of pages you visited on JustWatch. With that data, we may show you trailers on external social media and video platforms.