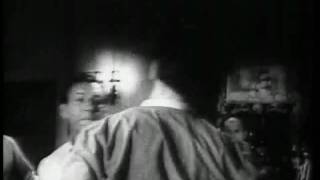 An American investigator for the U.N., a German scientist and a British reporter join forces to investigate a series of disappearances and mutilation-deaths confined to a Swiss Alp and involving a thick, mobile cloud, a telepathic girl, an animate dead man, and tentacled, cyclopean beings from another planet.