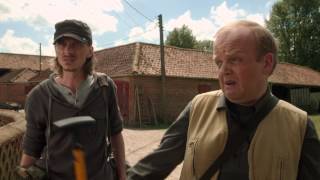 Having returned from Africa, Andy and Becky have moved in temporarily with her mother with all the challenges that come with the territory. Lance is trying to kick-start his relationship with Toni, but her living on a barge makes him queasy and his daughter staying at the flat leaves it all rather precarious – with none of this being helped by the reappearance of his ex-wife. Meanwhile Lance and Andy’s search for gold continues as they face enemies old and new.