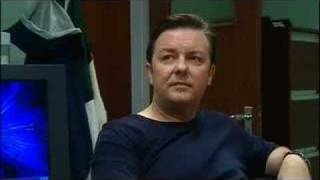 Andy Millman gave up his day job five years ago in the hope of achieving the big time, but he’s yet to land a speaking part, let alone saunter down the red carpet to pick up an Oscar. He remains optimistic however, as rubbing shoulders with the A-list on-set only serves to reinforce his belief that the big time is just a job or two away.

You are able to buy "Extras" on Microsoft Store, Google Play Movies, Amazon Video as download.