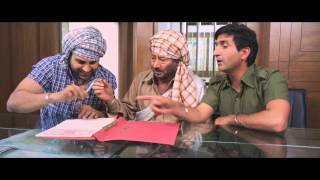 The plot revolves around two guys, Preet and Harpal, who are from a middle class family and are carefree and not concerned about their future. They keep making schemes to make themselves rich. Their father tries to teach them the facts of life and to be efficient and independent. Their mother however supports them in whatever they do no matter how frivolous. The film takes a hilarious turn when the boys meet two rich girls and make a plan to get involved with the girls to extract money from them. In order to do this they need to adapt to the girls lifestyles and borrow money from their father. The plot gets murkier when they decide to marry the girls. Secrets are revealed and criminals are involved. What happens next? Do the boys succeed in their plan? Watch the movie to find out.

Myself Pendu streaming: where to watch online?

Currently you are able to watch "Myself Pendu" streaming on Hungama Play or for free with ads on MX Player.