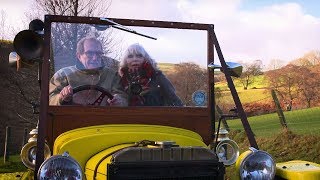 It was Jon Pertwee's final season as the Doctor and included, very briefly, the first appearance of Tom Baker as the Fourth Doctor. The Time Warrior, the season opener, introduced Sarah Jane Smith, who was a frequently featured character in the Doctor Who universe decades after her departure in Season 14. The same story also, for the first time, named the Doctor's homeworld as Gallifrey. UNIT also began to be phased out of the series during this season.

We try to add new providers constantly but we couldn't find an offer for "Doctor Who - Season 11" online. Please come back again soon to check if there's something new.