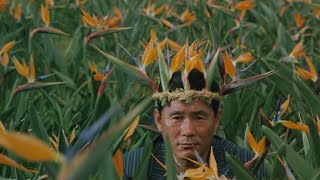 Masaki, a baseball player and gas-station attendant, gets into trouble with the local Yakuza and goes to Okinawa to get a gun to defend himself. There he meets Uehara, a tough gangster, who is in serious debt to the yakuza and planning revenge.