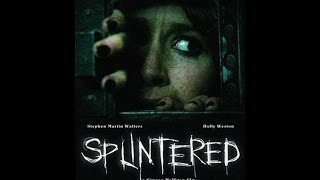 Sophie is a troubled young girl, haunted by the abuse she suffered as a child and harbouring a deep fascination with the unexplained. In the hope of satiating her obsession with the latter, she instigates a trip to the Welsh countryside with four friends, aimed at tracking down the legendary Beast of Bodmin. It seems the mythical creature – often thought to be a large wildcat or fox – has caught the public's attention once more thanks to a spate of attacks on livestock and one local farmer. Armed with a video camera and a case of beer, the group head off into the woods but they soon uncover much more than they bargained for, with Sophie falling foul of a mysterious madman who locks her away in an apparent attempt to protect her from some unnamed terror.