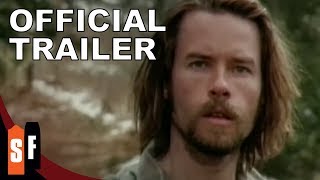 Upon receiving reports of missing persons at Fort Spencer, a remote Army outpost on the Western frontier, Capt. John Boyd investigates. After arriving at his new post, Boyd and his regiment aid a wounded frontiersman who recounts a horrifying tale of a wagon train murdered by its supposed guide -- a vicious U.S. Army colonel gone rogue. Fearing the worst, the regiment heads out into the wilderness to verify the gruesome claims.

7.0 (36k)
Genres
Horror, Western, Comedy
Runtime
1h 40min
Age rating
18A
Director
Antonia Bird
Under the new EU law on data protection, we inform you that we save your history of pages you visited on JustWatch. With that data, we may show you trailers on external social media and video platforms.