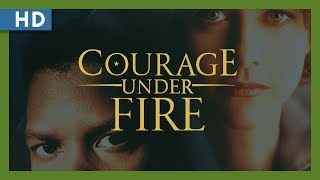 A US Army officer, who made a "friendly fire" mistake that was covered up, has been reassigned to a desk job. He is tasked to investigate a female chopper commander's worthiness to be awarded the Medal of Honor. At first all seems in order. But then he begins to notice inconsistencies between the testimonies of the witnesses...