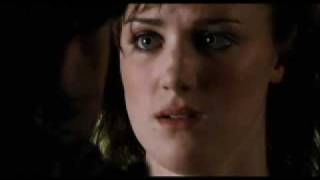 It’s been three months since Marian's untimely death and Robin is a changed man. Tougher, he's sacked his gang since they all returned from the Holy Land. Not only that – he's hell bent on avenging his wife's tragic end. Her slayer, Guy of Gisborne is a marked man. Fuelled by anger and grief, Robin seems stuck in a downward spiral, but a new beacon of hope arrives in the form of a travelling monk called Tuck, who soon gets our hooded hero back on track. Meanwhile, the wickedness of the Sheriff continues unabated. A spirited Locksley girl named Kate objects to her brother's forced conscription. As a result she inadvertently gets caught up in the cause of Robin Hood and becomes an indispensable member of the gang. As the threat of Prince John looms larger, Robin and Gisborne have to reach an uneasy truce as it emerges that they may have rather more in common than they thought.

7.5 (15k)
Genres
Action & Adventure, Drama, Comedy, Romance, Made in Europe
Runtime
45min
Age rating
12
Season 3
Season 3
Under the new EU law on data protection, we inform you that we save your history of pages you visited on JustWatch. With that data, we may show you trailers on external social media and video platforms.