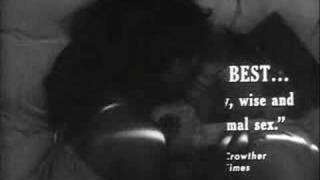 At a village railway station in occupied Czechoslovakia, a bumbling dispatcher’s apprentice longs to liberate himself from his virginity. Oblivious to the war and the resistance that surrounds him, this young man embarks on a journey of sexual awakening and self-discovery, encountering a universe of frustration, eroticism, and adventure within his sleepy backwater depot.