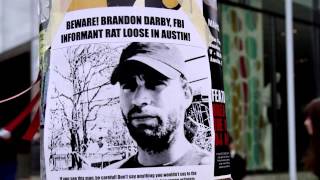 Vilified by some and venerated by others as the FBI informant largely responsible for the imprisonment of two youths following the 2008 Republican National Convention, Darby was once a charismatic activist mythologized by the American Left for his daredevil aid work in New Orleans’ Ninth Ward in the aftermath of Hurricane Katrina. Informant meticulously constructs a portrait of his life—before and after the death threats—through intimate interviews with Darby and tense reenactments starring the man himself.

Informant streaming: where to watch online?