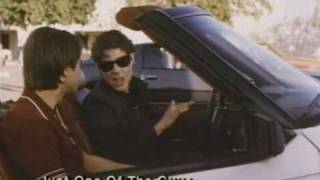 When Terry Griffith loses her high school's writing competition, she's convinced that it's because she's a girl. So Terry decides to change high schools and pose as a boy to prove her point. Her brother, Buddy, helps her pass as a guy so well that she is soon making friends with the boys at school, including the attractive Rick, who becomes her new best friend. But her gender-swapping makes things difficult when she falls in love with him.

Just One of the Guys streaming: where to watch online?

People who liked Just One of the Guys also liked

6.5 (14k)
Genres
Romance, Comedy
Runtime
1h 40min
Age rating
PG-13
Director
Lisa Gottlieb
Under the new EU law on data protection, we inform you that we save your history of pages you visited on JustWatch. With that data, we may show you trailers on external social media and video platforms.