Mannequin Two: On the Move 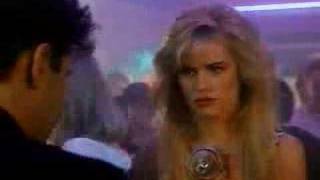 Although Jason works as a department store clerk, he is also a reincarnated prince. Long ago, his beloved Jessie was snatched away from him by an evil wizard who used his powers to transform her into wooden statue. Now Jessie is in Jason's department store as a mannequin. When he encounters her, she awakens from her thousand-year sleep. They quickly revive their romance, but the evil wizard has been reincarnated as well, and he's up to no good.

Mannequin Two: On the Move streaming: where to watch online?

People who liked Mannequin Two: On the Move also liked

4.4 (5k)
Genres
Romance, Comedy, Fantasy
Runtime
1h 35min
Age rating
PG
Director
Stewart Raffill
Under the new EU law on data protection, we inform you that we save your history of pages you visited on JustWatch. With that data, we may show you trailers on external social media and video platforms.