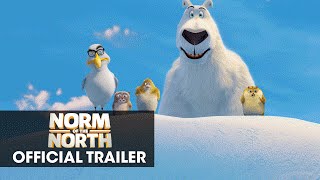 Polar bear Norm and his three Arctic lemming buddies are forced out into the world once their icy home begins melting and breaking apart. Landing in New York, Norm begins life anew as a performing corporate mascot, only to discover that his new employers are directly responsible for the destruction of his polar home.

Norm of the North streaming: where to watch online?

People who liked Norm of the North also liked