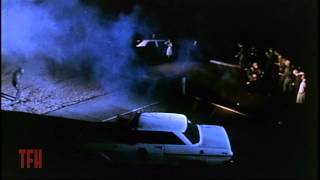 A quiet suburb in Southern California is terrorized by a mysterious murderous monster living in a cave. As the bodies pile up -- with incriminating banana peels always near by the crime scene -- a group of teens stumble on the guilty party: a 20-million-year-old Schlockthropus, an ape-like creature with a sense of the absurd.

Schlock streaming: where to watch online?