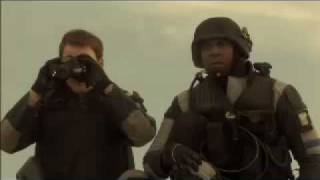 A group of humans arrive on Sirius 6-B to investigate an SOS signal sent out from the planet, which has been supposedly deserted since the destruction of the man-made weapons known as "screamers." Once the squad arrives, they find a group of human survivors eking out an existence in an old military outpost.

Screamers: The Hunting streaming: where to watch online?