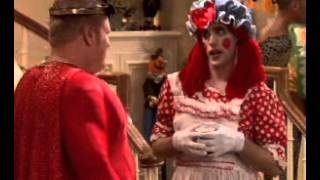 According to Jim is an American sitcom television series starring Jim Belushi in the title role as a suburban father of three children. It originally ran on ABC from October 1, 2001 to June 2, 2009.

According to Jim - watch online: stream, buy or rent

Currently you are able to watch "According to Jim" streaming on Disney Plus or buy it as download on Apple iTunes, Google Play Movies, Microsoft Store.

People who liked According to Jim also liked